Here’s a draft for my first chapter in a series of case studies that I hope to turn into a published work (eBook or self-published book). Please share any comments.

Here are some themes that emerged:

In order to gain an insight into the success of the Children’s Museum I met with several key members of the leadership team  – Jane Werner, the executive director; Lois Winston – Director of Educational Programming; Chris Seiftert – Deputy Director; Penny Lodge – Director of Museum Experiences; and Rebecca McNeil – Finance Director. I also enlisted the help of Larry Berger, the creator and director for the Saturday Light Brigade (SLB) Productions that shares space with the Children’s Museum. Finally, I gained a Board perspective by talking with Evan Rosenberg with served on the Children’s Museum Board of Directors for eleven years 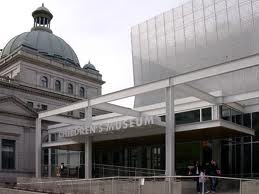 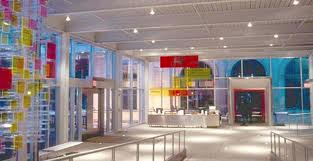 Innovation is not something that happens in a vacuum. In order to become a cultural mainstay it requires time to develop and leaders who promote it. According to Lois Winston, the Outreach Coordinator for the museum, the Children’s Museum from its initial founding by the Junior League valued new ideas. Anne Lewis was an original Board member who came from the Junior League. She brought strong connections to the foundation and corporate community that opened many opportunities for new directions, including the the building project that combined the original space at the Allegheny Post Office and the Buhl Planetarium. According to Evan Rosenberg, a former Board member from 2001-2012, Anne Lewis was the “mover and shaker” who made Jane Werner’s ideas come to fruition.

The Children’s Museum was founded in 1983 in the old Allegheny Post Office, situated on the North Side of Pittsburgh. The museum sat next to the Buhl Planetarium for its first eight year. When the science center moved to a new location, the Children’s Museum used the opportunity to create a larger, “green” space. In March 2006 the Children’s Museum became the largest Silver LEED certified museum in the country. The certification demonstrated the ongoing focus on innovation. The certification was based on the museums use of sustainable practices with “particular attention to site development, water conservation, energy management, using recycled materials, waste management, reusing resources, indoor air quality, as well as developing new programs for visitors. (Wikipedia)

For the Children’s Museum Jane Werner has been at the helm since before 1990. Each person I interviewed gave credit to Jane’s leadership for their own success as well as the organizations’ success. Rebecca McNeil, the Finance Director for the Children’s Museum explained, “Without her, we would be a different organization.” According to Rebecca it’s Jane trust in her staff that allows the organization to be innovative and open to new opportunities.

In 2010 the Children’s Museum had an idea for a MAKESHOP, originally intended as a woodshop area where kids and parents could make things. The concept worked well, but then according to Penny Lodge, the Director of Museum Experiences, Jane came in and said, “I bet we can get someone to fund this and make it larger.” Jane tied it into the Maker culture and found funding from the Grable Foundation, another example of Jane’s expertise as a visionary leader.

In my interview with Jane I discovered several elements that other Children’s Museum leaders highlighted – the role of hiring artists who are by nature risk-takers and the focus on the community. According to Jane she sees her staff as a bunch of artists who use a design approach to solve problems “for the fun of it.” The team values finding multiple answers with an emphasis on prototyping. Each strategy is tested over and over again. The museum audience defines the final solution. It’s what works for kids and parents that becomes the norm. Lois Winston in her interview highlighted the ability for the Children’s Museum to find “subversive teachers.” Lois explained it was critical to find people who have less aversion to risk. Lois shared a project with Dr. Paula Parnell where the Children’s Museum focused on adding Art to the world of Science Technology, Engineering, and Math (STEAM) as part of a teacher training program. This focus on inquiry and play carries into other STEAM initiatives.

According to Penny Lodge nothing is off the table. People are encouraged to take risks. There’s no red tape. “The more we change, the quicker it becomes part of our culture.”

In her interview Jane pointed out other ways that she has tried to create a culture of risk-taking. One of the most popular exhibits was based on WQED’s Mr. Roger’s Neighborhood. Parents had brought their kids to the museum for years to experience the charm of Mr. Rogers and his neighborhood friends. Jane realized that the exhibit no longer fit the direction she wanted for the museum. She took the risk of taking down one of her audience’s favorite exhibits to create more space for a new, more interactive “Make Shop.” Today kids and parents love the interactive MAKESHOP. Jane and her team realized that only by taking a chance to rethink and make things better does an institution grow and meet its audience’s needs.

Rebecca McNeil, the Finance Director for the Children’s Museum, shared her insights into the role of innovation at the museum. She highlighted the museum’s willingness to seek funding to take risks. She used the MAKESHOP as an example where a local foundation, the Grable Foundation, provided the necessary funds to develop a Design It Yourself (DIY) exhibit. The Children’s Museum was the first major museum in the country to take this leap and today has become a leader sharing the Make Shop success story at conferences and in major publications. The project also demonstrated the museums willingness to partner with local universities.  The MAKESHOP includes Carnegie Mellon’s Entertainment Technology Center (ETC) and the University of Pittsburgh’s Center for Learning in Out-of-School Environments. (UPCLOSE).

Chris Seifter, the Deputy Director, brought up other examples of risk-taking. The Children’s Museum wanted to partner with the Warhol Museum, a neighbor on the North Side. Other organizations could not understand the connection. The Children’s Museum viewed the opportunity to bring new ideas and artists into learning spaces.

Evan Rosenberg highlighted in his interview the outdoor park project as another example of risk-taking. According to Evan the renovation of the space surrounding the museum was part of the original plan beginning in 2000, but it had to be cut out due to budgetary considerations. The Board began to consider the project again, but this time it was the recession that hit. It wasn’t the money; it was the timing. Finally, in 2010 all of the pieces were in place and the park became a reality, extending the museum one more time into the surrounding community.

Extending into the Community

While many organizations value partnerships with the surrounding community, the Children’s Museum has made this an integral component in their programming. The goal behind the Charm Bracelet Project is make the North Side, the neighborhood where the museum is located, into the “family district.” According to Jane: “All of the cultural institutions are the charms and the links that bring the pieces together.” The Children’s Museum has raised over $700,000 for joint projects with other organizations as well as projects that the Children’s Museum has taken the lead. One of the most recent project redesigned an underpass near the museum into an art gallery. The underpass now welcomes visitors to the North Side neighborhood.

The original charm was the radio station developed by Larry Berger for the Saturday Light Brigade. Larry started his kids programming at WYEP, a community broadcast station in Pittsburgh. Later he moved to Carnegie Mellon, but when Jane offered him an opportunity to join the Children’s Museum, he jumped at the chance. Today the Saturday Light Brigade is a full-time production facility that is in the lower level of the museum. Kids and parents participate very Saturday in the live production that is streamed across the Internet. On other days Larry and his team conduct oral history projects throughout the Pittsburgh region.

Other projects have stretched the concept of the Children’s Museum. For instance: Jane led the charge to take over the Hazlitt Theater, the former home of the Pittsburgh Public Theater. Today the theater has its own separate 501(c)(3) status. The theater brings new productions, not just for children, into the neighborhood. It’s one of the many charms making up the neighborhood bracelet. According to Chris Seifert the project is not just about kids. It’s about bringing artists into the community adding a new dimension to the quality of life in the neighborhood.

According the Children’s Museum website: “The Charm Bracelet Project began in 2006 when four multidisciplinary teams of experts envisioned creative solutions to the problem of community fracture on the Northside, giving particular thought the divisions between the district’s many cultural and recreational institutions. Their proposals – ranging from light-based pathways to family-friendly games to public art on abandoned buildings – were unveiled at a community salon in February 2007.Inspired by the teams’ innovative ideas, a group of stakeholders from the various Northside cultural institutions committed to work collaboratively to enhance and strengthen the district. The group has grown to include over 20 cultural, recreational and educational organizations that implement projects, share information about individual initiatives and explore possible collaborations.”
According to Evan Rosenberg it wasn’t easy for the Board to make the decision to seek funding for projects that were not directly related to the museum. However, the Board knew that Jane never missed. She always had the missing card to make the museum into something more than just an institution. As Evan pointed out, “It’s not about ownership; it’s about the community.”

You never think about “humor” as a key element in innovation, but according to Jane Werner its’ one of the key ingredients for the success of her team. The concept of humor carries over to the playfulness that is key to the Children’s Museum.

Chris Seifert talked about the MAKESHOP as a place for creative play. The MAKESHOP provides a place for people to assemble, build, or create things. It uses both two and three dimensional objects. It combines traditional hands-on activities with digital strategies. It allows each person to be a “kid” playing and having fun.