When the Montour School District launched America’s first Artificial Intelligence Middle School program in the fall of 2018, many questions arose. Why middle school? Why teach Artificial Intelligence? How? (Just to name a few). But, as a student-centered and future-focused district, the thought process was not if we should teach AI, but what if we don’t teach AI? Also, why isn’t everyone teaching AI?

To better answer these questions Dr. Justin Aglio, Montour’s Director of Academic Achievement, and I met with two eighth grade students who were part of a special project that tapped into AI. The students provided great information about the “why” and “what” for learning about Artificial Intelligence and Justin added some key elements explaining how the program will grow in the upcoming years.

Tema and Aidan, two of the four eighth grade students, really played up the fact that it’s not about teaching AI in school today, but why hasn’t anyone started sooner. The “Fourth Industrial Revolution” report from the World Economic Forum points out that we need to understand our changing environment, challenge our assumptions, and continuously innovate. Schools and all institutions will need to begin to think about the impact of AI and Robotics. It’s not only jobs that will be affected. It’s our moral code; it’s our training for all learners to become informed citizens for the 21st century.

For K-12 schools that means we need to rethink how we define and evaluate learning. Montour is one of school districts who are rethinking what graduates in the 21st century need to know, understand and do. Montour believes that all students need to become data fluent. They need to know how to analyze, interpret and create data to solve problems. They need to be able to design frameworks to solve real world problems using data. Learners also need to understand the underlying processes and ethical issues behind modern technology. In Montour that’s exactly what students discover. Through a Media Arts course developed by the Massachusetts Institute for Technology (MIT) all students investigate moral issues related to Artificial Intelligence. Topics for the Montour course include: algorithmic bias called gender shades, the trolley problem, or ethical matrix design.

However, as Tema and Aidan pointed out that doesn’t explain how AI works. You need to get behind the modern 8 ball and discover how to use AI to solve a problem. We don’t want students to become just better consumers of AI; we want them to become better creative producers using AI. So what’s a problem that middle school students have on their minds? The Montour middle school students wanted to know what to expect when they head to high school.  It’s one thing to read about it, but it’s something different to develop a “skill” for Alexa to explain what to anticipate at the high school level. Amazon provides a developer’s kit that the Montour students used. The Montour team first conducted a survey of their peers and then used the data to develop the questions that would be part of a pilot project with Witlingo. Each of the four students in the development team not only conducted the research, they also recorded their answers. So, today when you ask for Montour “Hey Google, talk to Montour High School,” or “Alexa, Launch Montour High School,” you now can learn about the high school program through the research and voices of Montour students.

While the middle school program has had great success, it’s not enough to just drop AI in the middle of a student’s life. What will prepare students for the world of machine learning? According to Justin Aglio you need to arouse student curiosity at the elementary level. So next year Montour will include in its elementary program Experiments with Google AI to introduce students to AI concepts and traveling AI robots around the school that interact with students.

Once you have the students asking questions and conducting research, you want to have them go further. At Montour high school students will soon have mentorships with companies, like Google or Argo. Students will have opportunities during their Personalized Learning Time (PLT) to take additional courses, such as AI4ALL’s Open Learning program. 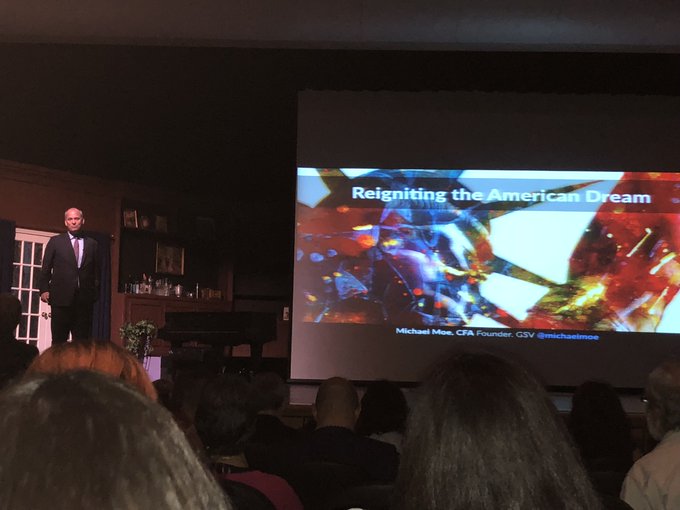 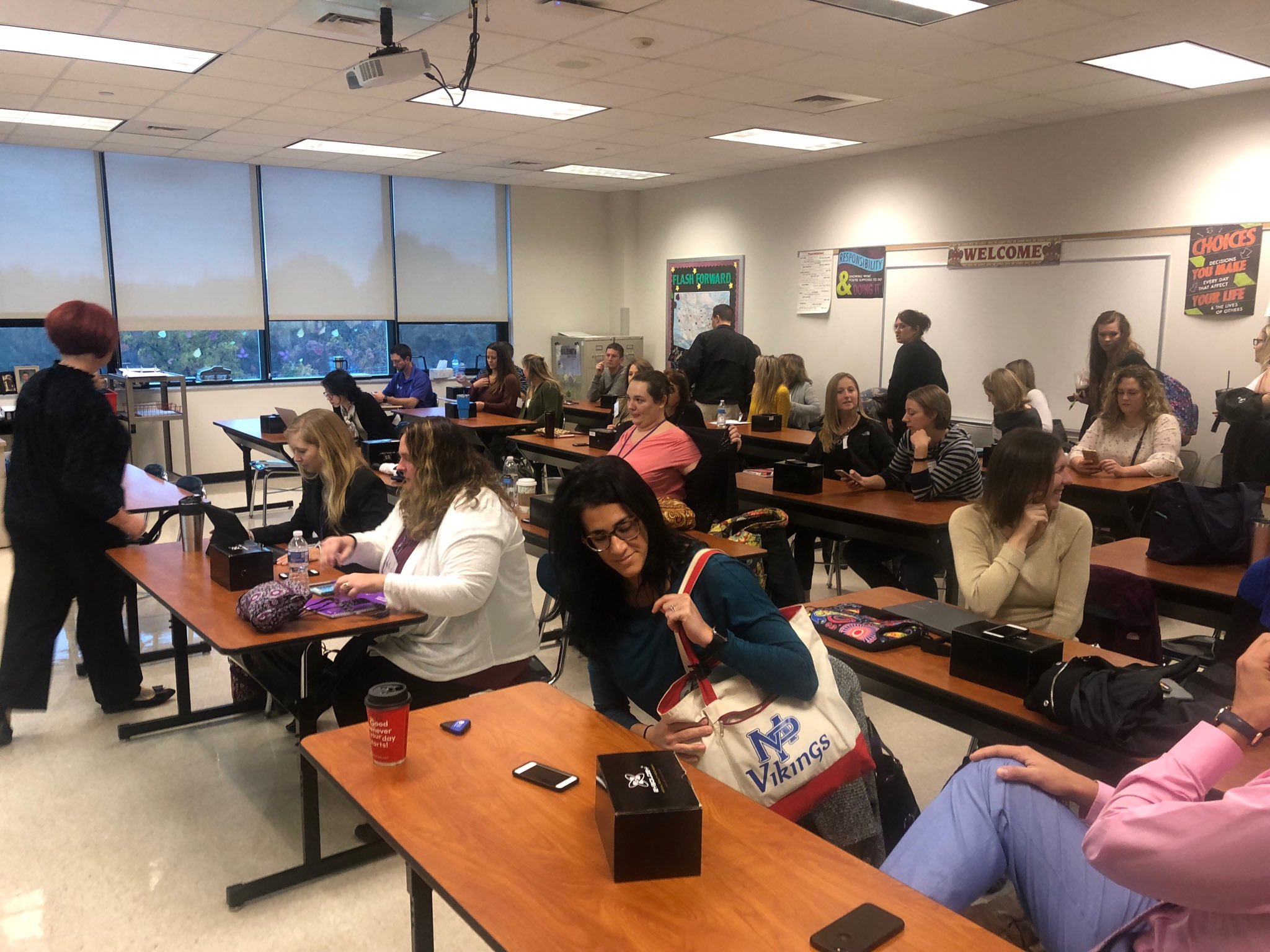 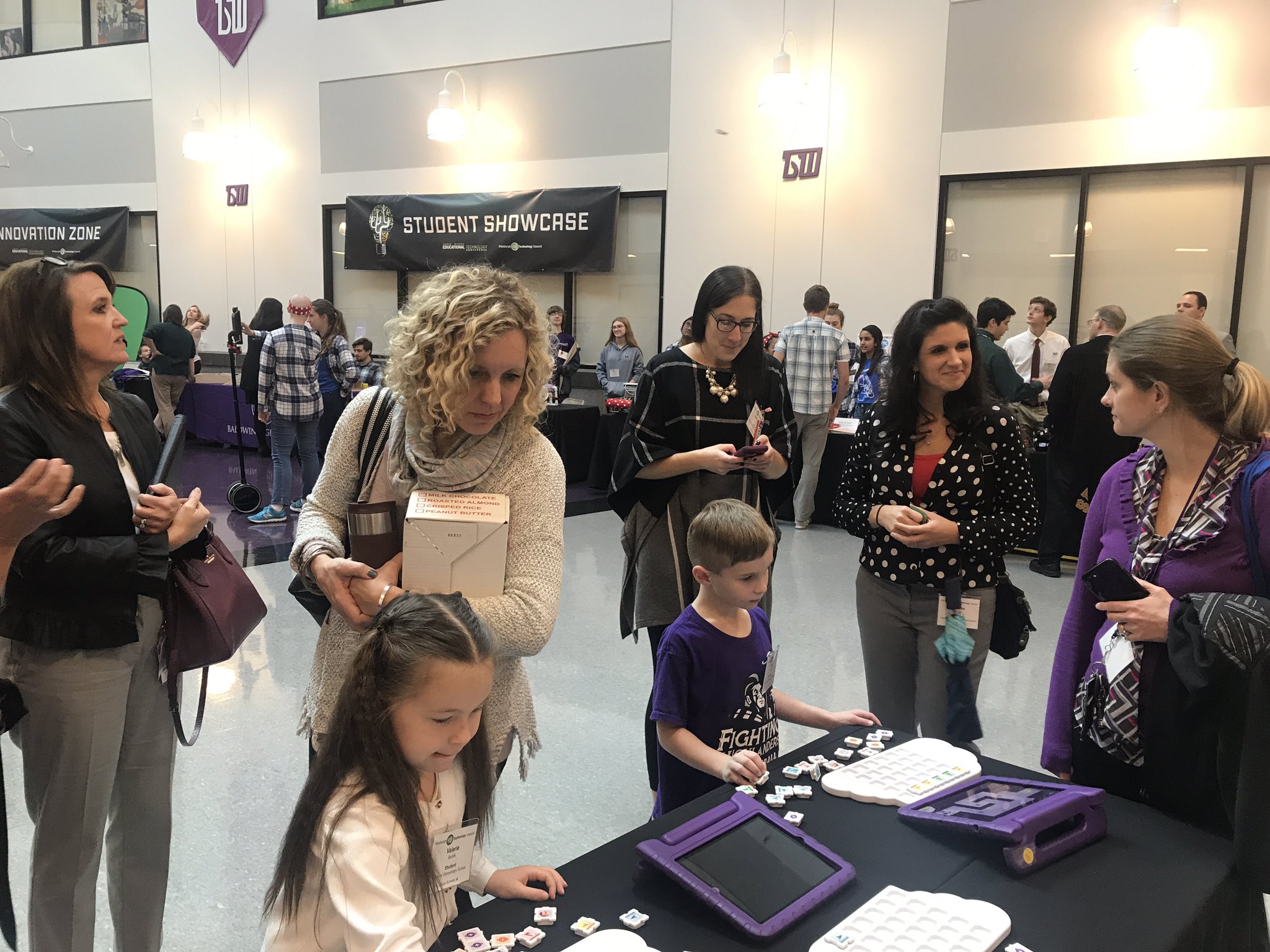 In the last five years there’s been a flood of attention around Design Thinking and Student Learning. Through my work with the Energy Innovation Center (EIC) and the Parkway Way Consortium of Schools near Pittsburgh I’ve had a chance to work with over 200 high school students around a series of Design Challenges. In addition, schools, like Nazareth Prep, have challenged their students to solve problems in their own community. In this article I’ll highlight some outstanding recent examples for each of these projects.

During the spring of 2018 students from Moon, Montour, Quaker Valley, West Allegheny, and the Parkway West Career and Technology Center (PWCTC) worked on two different Design Challenges. The student consultant teams from Moon and Montour joined with a team from PWCTC to examine the needs for additional LEED projects at the EIC in Pittsburgh. The teams from West Allegheny and Quaker Valley combined with digital arts students from PWCTC to delve into “Rebranding Careers.” Key to all of the activities were a series of activities that tapped into strategies that are part of the LUMA approach to Human Centered Design. For instance, students developed “concept posters” and “visualized” their evaluation of ideas. For both projects students had to develop an understanding for the needs of the client, the EIC. From the kick-off at the EIC, through a final presentation at PWCTC, students engaged in conversation with experts who provided feedback and guidance.

For the LEED Design Challenge the student consulting team at Montour created a prototype at their high school to test out an idea for a Green Wall with an aquaponics component for the EIC. The Moon team through their research realized that the recycling program at the EIC had a narrow focus. The student consultants made recommendations for a series of improvements so all materials used at the EIC could be recycled. The construction students from PWCTC built a model for a reflective light solution that would use mirrors to bring more natural light into the EIC.

Many design activities are hypothetical, but each of the Design Challenges in this series were based on real world problems at the EIC. As one of the students pointed out, “I enjoyed knowing that the EIC will try to actually implement our ideas.”

One day in early July, four high school students from Nazareth Prep were admiring the fruits of their labor: a new Little Free Pantry ready to be installed outside of Uncommon Grounds Café in Aliquippa. Participants in the school’s Element summer program, these students had designed, built and created technological features for the pantry box, where members of the community can donate or retrieve food.
Made possible through a grant from the Adele & Thomas Keaney Charitable Foundation through the PNC Charitable Trusts Grant Review Committee, Nazareth Prep’s three-week Element summer program provided participants with intensive, hands-on instruction in design, woodworking and programming. The course was led by three Nazareth Prep faculty members: music and computer science teacher Leslie Chabala, engineering teacher Michael Roberts and physics teacher Eric Dunkerly.
Element students worked in two teams. The Build Team designed and constructed the physical elements of the pantry box using a variety of tools in Nazareth Prep’s Social Action Innovation Laboratory (SAIL), an MIT-approved fabrication facility. Meanwhile, the Code Team used miniature Raspberry Pi computers, Twitter bots and magnetic switches to set up a system for remotely monitoring pantry stock. The mini computers are programmed to take pictures of the pantry’s contents and upload them to Twitter when the sensors detect that the pantry has been used; community members can check the pantry’s Twitter feed to find out whether it has what they need or needs to be refilled.
Code Team student Katie Donohue reflects, “The best part of my experience was being able to watch my code take and upload pictures on its own – seeing how, through trial and error, I was able to power through and build something great.” Her teammate Cody Staudt comments, “I improved my knowledge of the Python [programming] language a lot.”
The students’ project is a high-tech approach to the Little Free Pantry model, which allows community members to share food with each other, whether they have extra items that need to be used or are running low on necessary supplies. The pantries are meant as a grassroots safety net to fill in the gaps that may be left by traditional food shelves and other resources.
Nazareth Prep’s Little Free Pantry is located outside of Uncommon Grounds Cafe, owned by parents of a Nazareth Prep student. The café runs a variety of ministries in the town of Aliquippa, where residents regularly make use of a number of previously installed Little Free Pantries. As the Nazareth Prep students wrapped up their pantry project, 11th grader Myeir Northern, who hails from Manchester, broke into a smile, exclaiming, “We really built a free pantry!” Then he started considering how he could put one in his own neighborhood.
Says instructor Chabala, “It was so great watching students be in charge of their own learning, driven by the clear goal of what the Little Free Pantry needed to do to work for the community. Students needed less and less direction and assistance as the camp went on, and by the end they were comfortable researching and creating on their own.”